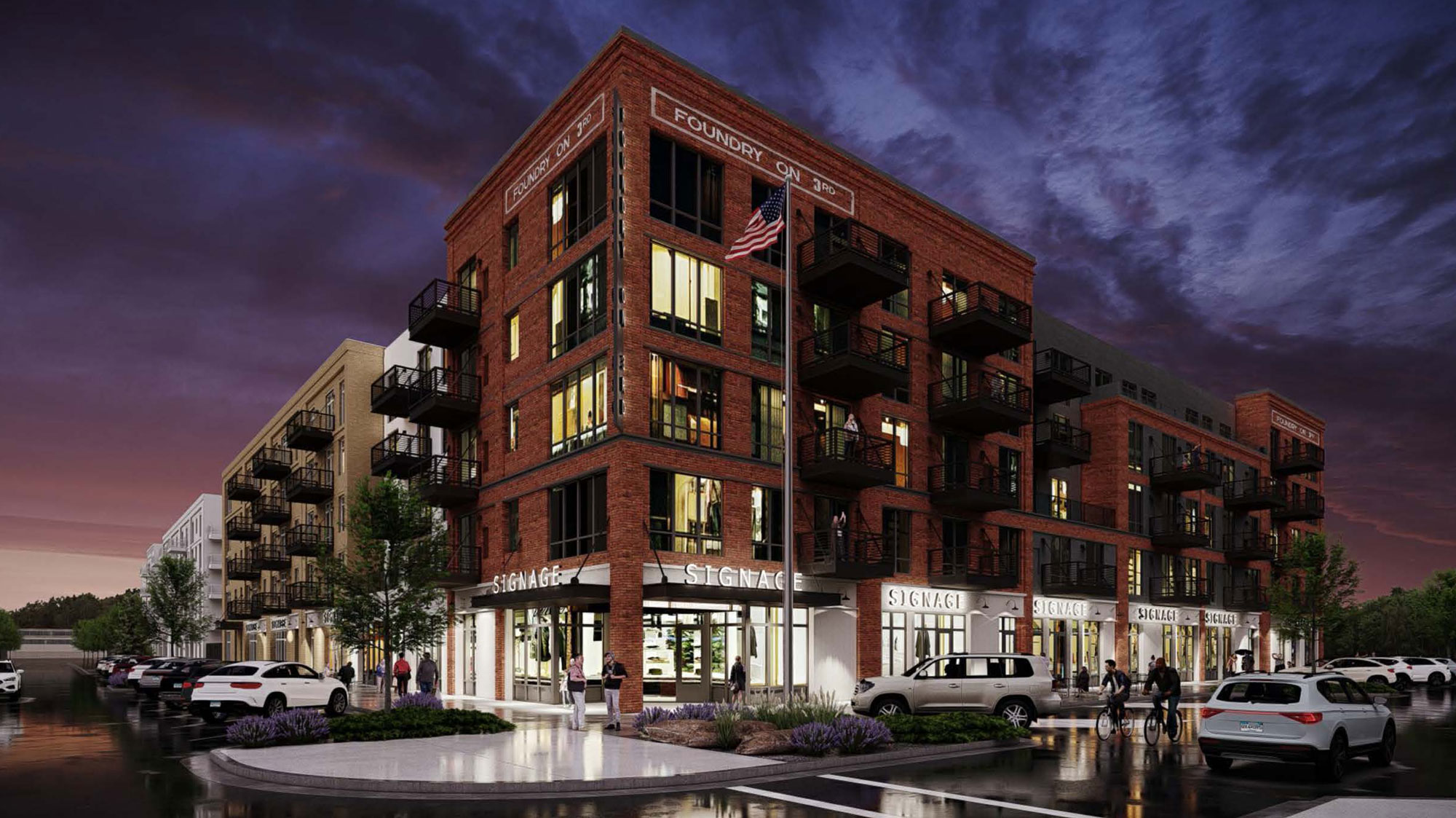 The Greater Wausau Prosperity Partnership has launched an ad campaign to urge residents to support a controversial $44 million downtown redevelopment project that will likely hinge on millions in taxpayer-based inducements.

But some city leaders say they are deeply concerned about the lack of public-facing information that was released ahead of the push for community support.

“I find the non-transparent nature of this project frankly troubling,” City Council President Becky McElhaney told Wausau Pilot & Review. “It did not follow the normal trajectory of development projects during my tenure on council. The council did not have the opportunity to see the initial proposal, nor the opportunity to vote to direct staff to negotiate the development agreement.”

In a press release, the group said it was showcasing “local voices” while highlighting “the benefits of the Wausau Center Mall Revitalization Project” and “encouraging next steps moving forward.”

But McElhaney said she had not received any further information regarding the requested amount of public participation, financial projections or solid details on the projected end value of the project when completed – despite pressure for public support. . The ad, view hereis broadcast on local television and radio stations.

Some city leaders and residents have repeatedly pushed back on the project, citing concerns about taxpayer affordability for a project that will result in significant tax relief for current homeowners. The project is located in an Opportunity Zone, which offers tax incentives to encourage those with capital gains to invest in low-income and under-capitalized communities. Some of the criticism stems from the lack of public information about the project and its cost to taxpayers. Dist. 3 Alder Tom Kilian and Lou Larson of Dist. 10, have been highly critical of the project’s costs as the city’s debt continues to mount.

Dist. 4 Alder Doug Diny said his vote on the matter “will be based primarily on my analysis of the details to come with an eye on positive growth and value to the city.”

But so far, few details have come through. Dave Eckmann, who is president and CEO of the Greater Wausau Prosperity Partnership and the Chamber, referred questions about the negotiations to the city and said his organization was not included in those discussions.

“We are now in the phase of the project where project financing negotiations are between the city and the developer and do not include the Wausau Opportunity Zone and the Greater Wausau Prosperity Partnership,” Eckmann said. at Wausau Pilot & Review.

Wausau Director of Development Liz Brodek said the city is “still negotiating” public demand for the approximately $44 million project, but will bring the development deal with the request and request for incremental funding. tax, as well as a note from the consultant working on the variance analysis. , at a joint meeting of the Economic Development and Finance Committees on September 13. The packet containing the information “should be released the previous Friday,” Brodek said.

As previously reported by Wausau Pilot & Review, the application for taxpayer-funded development assistance makes important statements about the project’s potential impact, but lacked key details, including a financial needs analysis, project summary , cash flow projections and other documents required by the city. Cash flow projections were then added for the first year of operation, but there are no details for future years, as the application requires.

In a July 12 memo to members of city council, Brodek wrote that TIF’s request is intended to help the city determine “the amount of public participation needed to move the project forward.” But the document itself doesn’t spell out those details, or explain how the project would bring in $10 million “in disposable revenue to support the local economy,” as the developers promise. The application does not promise any local job creation.

When applicants request the city’s participation in a project, they must include financial analyzes to demonstrate the need for TIF assistance. Applicants are required to submit two scans – one with and one without TIF assistance, indicating the minimum return needed to continue the project. But no such document has been made public to date.

City documents show that a second phase is already planned for a “Wausau Opportunity Zone Condominium” located on an area separate from the footprint of the old mall. Brodek said no formal request has been made for taxpayer-backed funding for the condos, plans for which only recently surfaced.

“The city is not involved in the production or presentation of advertisements. There has been some publicity advocacy lately, most recently your outlet posted an article on the Mosinee bulletin board lobbying for a Wausau admin,” Rosenberg said. “When I was on county council, the mining lobby put out advertisements advocating for the opening up of metal sulphide mining. I can’t tell you how common it is, but I know I have already seen.

Dist. 7 Alder Lisa Rasmussen said that ultimately the Board will decide what is offered, and that is still being negotiated. The ads, Rasmussen said, could lead to increased public engagement on the issue, which will help council members better understand the public interest.

“Ads or no ads, the decisions that need to be made will be made when they are ready for action, so there is no need for us to critique the information provided on the site’s potential, and my experience has been that the community is largely positive about the project rather than seeing nothing happen for years,” Rasmussen said.

Eckmann said, “Our ongoing goal has been to position our city, county and region for a prosperous future. To do this, we must create strong places that attract entrepreneurs, large employers and others who will fuel the economic and cultural growth of the Greater Wausau region. The mall revitalization project helps us achieve this goal. We are thrilled to release this new ad campaign and see this project cross the finish line.

Historically, black colleges in the Carolinas have high percentages of students with federal loans, the data shows; take a “deep breath” at JCSU