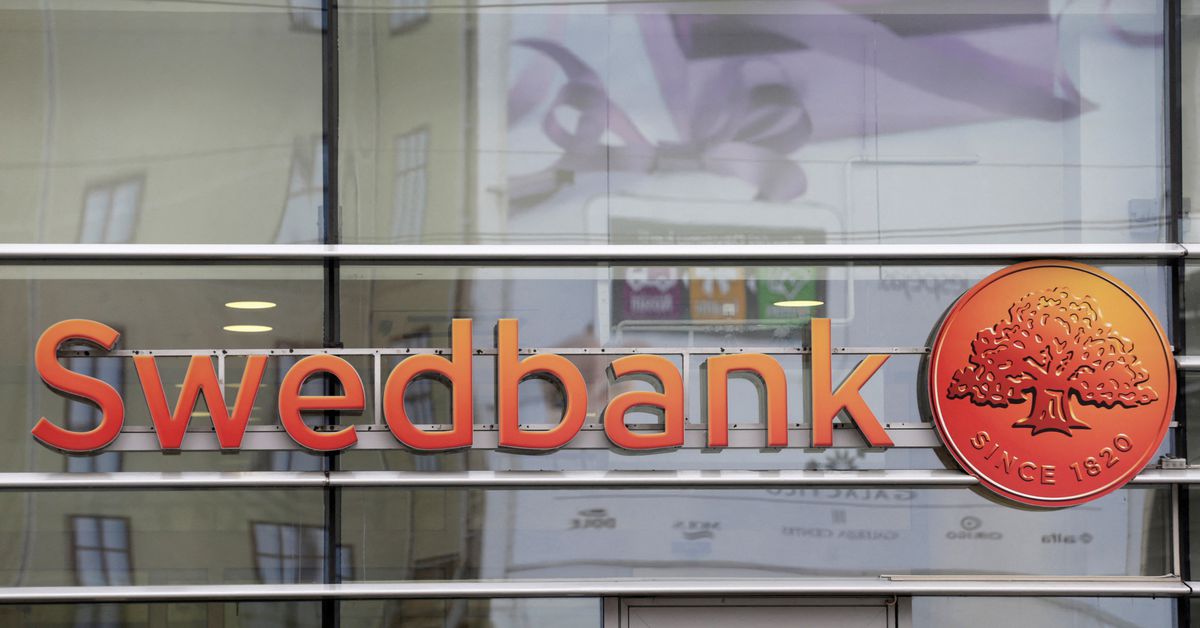 The Swedbank logo is pictured on its branch in Riga October 21, 2014. REUTERS/Ints Kalnins/File Photo

Swedbank’s first-quarter net profit fell to 4.62 billion Swedish krona ($468 million) from 4.98 billion a year ago, still narrowly beating the 4.58 billion expected by analysts according to data from Refinitiv.

Russia’s invasion of Ukraine has had little direct impact on Sweden so far, but the threat of a halt in gas supplies has rattled European economies. Read more

Swedbank, which has significant operations in Estonia, Latvia and Lithuania and derived about a fifth of its revenue in the quarter from the Baltics, said its direct exposure to Russia was “very low”.

“At the same time, if there is some form of gas boycott or if Russia cuts gas, it will affect economic development,” Swedbank CEO Jens Henriksson told reporters, without going into details. the impact.

“But at the end of the day, our credit quality is excellent,” he said.

Swedbank, a rival of banks such as Handelsbanken (SHBa.ST), SEB (SEBa.ST) and Nordea (NDAFI.HE), made provisions for loan losses of 158 million crowns in the first quarter, against 246 million it a year ago when the pandemic weighed on the Swedish economy.

Interest income, which includes income from mortgage loans, fell slightly to 6.76 billion crowns from 6.78 billion a year ago, beating the 6.66 billion expected by analysts.