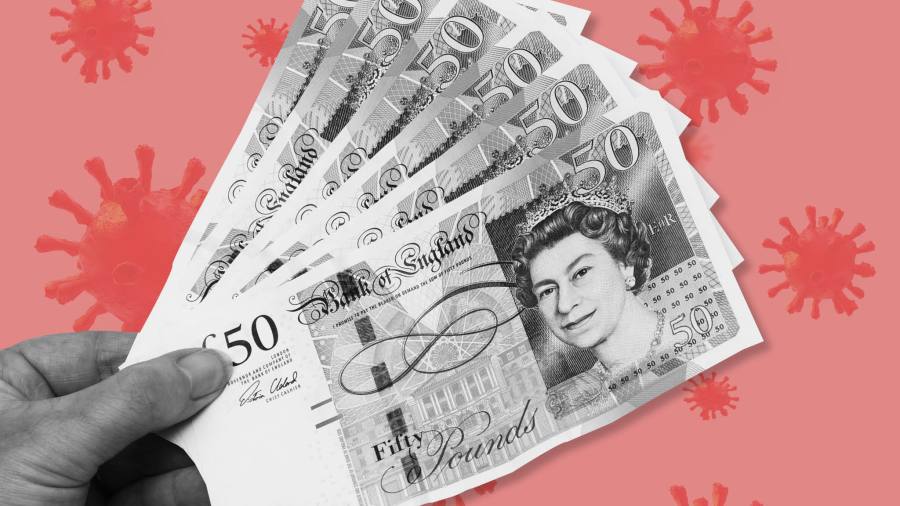 Earlier this year the UK Insolvency Service banned a businessman from becoming a company director after he overstated the earnings of a car salvage business in order to receive a £50,000 loan from the car salvage scheme. government Covid “bounce back” loans. He spent half the loan on a truck and the rest on Class A drugs.

He wasn’t the only one who found it easy to tap into the government’s flagship Covid loan scheme. Others included a student from Scunthorpe who applied for a £50,000 loan for a used car dealership that didn’t exist, and a restorer from Bolton who got a £50,000 loan even though his business had ceased trading several months earlier, had no premises and already owed creditors £96,000.

The bounce back scheme was set up to help businesses survive the pandemic, with the government guaranteeing loans of up to £50,000. But as much as £4.9bn of the £47bn lent by banks to 1.1m businesses between May 2020 and March 2021 was lost to fraudsters, according to government estimates.

The scheme was set up by the British Business Bank, which falls under the business department, with only minimal checks on borrowers as officials were under pressure to help businesses as quickly as possible.

“Lend in haste, repent at leisure,” a government official said following successive hearings in which MPs demanded answers from officials, bankers and regulators about how so much could have been lost so easily.

Earlier this year, Chancellor Rishi Sunak promised that the government would “do everything in its power to recover this money and prosecute those who profited from the pandemic”.

But experts warn that the scale of the fraud makes this difficult. “The volume of crime is so high that the authorities lack the capacity to investigate it,” said David Clarke, former chief constable of the City of London Police and fraud expert.

High profile cases have focused on recovering money from organized criminals who have assets that can be seized in court. But many of the scammers are either private individuals with no business or owners who have inflated their business income significantly to claim the maximum loan of £50,000 from their banks.

Rather than being prosecuted in court, they are simply disbarred and banned as company directors, with the government relying on the Insolvency Service to prosecute them.

The National Audit Office said the scale of the fraud and limited government capacity meant officials decided not to focus ‘investigative resources’ on small borrowers who had overstated turnover by less by 25%.

The NAO also found that the National Investigation Service, an investigative unit that protects the public sector against organized crime, had the capacity to pursue only 50 cases a year, and the business department had given it a target to recover just £6m of fraudulent loans. over three years — a fraction of the estimated losses.

Michael Levi, fraud expert and professor of criminology at Cardiff University, warned that lack of capacity means many fraudsters will escape prosecution. “Just think of the increase in the number of fraud investigators and prosecutors and the availability of courts that would be needed to produce major change in this area,” he said.

Lord Theodore Agnew, who resigned as fraud minister in January in protest at system losses, led efforts to encourage banks, officials and the British Business Bank to do more to recover from the money.

Bank executives told MPs in recent hearings that hundreds more people were being recruited into their fraud prevention and recovery teams, but the NAO said “business incentives to [investigate] limited” for “mid-level” and “low-level” fraud, as banks can claim loans through government guarantee.

Lord Agnew also questioned the banks’ motivation to uncover fraud because of guaranteed payments. “There is absolutely no alignment of interests,” he said. “Once the warranty is paid, they are still expected to continue racing for another year. Well, why would they bother to do that? »

Lenders claim to have prevented more than £2bn of fraudulent applications and detected £5.3m of fraudulent loans, according to the NAO.

The heads of five banks – NatWest, Barclays, Lloyds, Santander and HSBC – told MPs last month that levels of fraud were far lower for their loan portfolios than government estimates suggested. They argued they had done everything they could to prevent fraud in the short period given to them to set up the program by officials under pressure to help businesses at the start of the pandemic.

“In the first four weeks, we’ve lent out six years of loan volume,” Hannah Bernard, head of corporate banking at Barclays UK, told MPs. “Bounce back lending was a lifeline for vast swathes of businesses.”

The Commercial Department said: “Our Covid support programs have been rolled out with unprecedented speed to protect millions of jobs and businesses at a time when families need them most. Last year, lenders said they avoided nearly £2.2billion in potential fraud thanks to the bounce-back loan scheme.

“We continue to work to crack down on fraud and will not tolerate those who seek to defraud consumers and taxpayers.”

But bank executives fear they will come under increased scrutiny as new cases of fraud emerge. Payment of guarantees is being delayed as the British Business Bank and government officials look more closely at claims made by banks, industry executives have said. RSM and KPMG have been appointed to audit how banks make their claims.

“It’s such a sensitive issue now. We don’t yet know the true level of fraud. It’s day to day,” one said.

The banks had demanded £70million in guarantees from the government for unpaid loans at the end of December and said they had already withdrawn thousands of claims on guarantees worth more than £240million in because of mistakes they made that allowed fraud and error.

The lenders argue that the government must be careful not to throw them “under the bus”. ‘At the start of Covid we all went to a meeting with the Chancellor in his office, he took a group photo of us,’ said a bank manager.

“The blame game will start now. Remember that MPs were begging us to save businesses in their communities. It is very frustrating. . . of course, we knew there would be fraud, but he was answering the call of deputies begging us to lend.