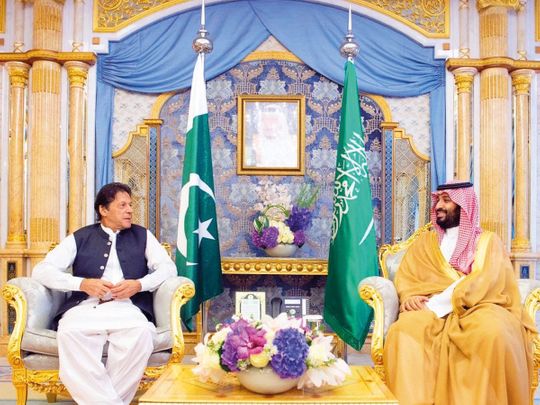 Shaukat Tarin, financial adviser to Pakistani Prime Minister Imran Khan, said in a tweet: “I would like to thank His Excellency Crown Prince Mohammed Bin Salman and the Kingdom of Saudi Arabia for their kind gesture.” Saudi Arabia’s loan will be for a one-year term at an interest rate of 4 percent under the terms of the package, which was signed last month.

“This is positive news … and it will help strengthen both foreign exchange reserves and sentiment in the forex market,” said Saad Hashemy, executive director of BMA Capital.

The loan comes a week after the International Monetary Fund (IMF) agreed with Pakistan on the steps needed to revive a stalled $ 6 billion funding program.

Completion of the review, pending since the start of this year, would unlock 750 million IMF special drawing rights, or about $ 1 billion, bringing total disbursements to date to about $ 3 billion. dollars.

Inflation had reached 11.5% in November, against 9.2% a month earlier.

The Pakistani rupee, which closed on Friday at 176.77 in interbank against the dollar, has depreciated more than 11% since the start of this year.

What You Should Know Before Buying a Returned Home Seattle weather