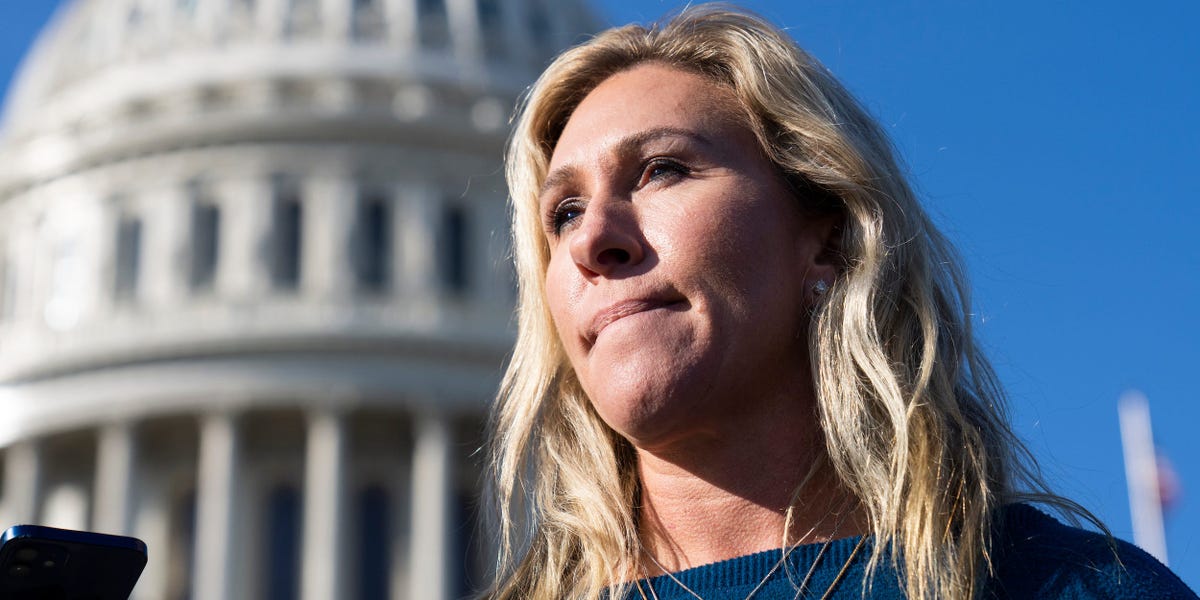 The Republican politician and businesswoman was speaking on conservative US news network Newsmax TV.

On Wednesday, the Biden administration announced plans to forgive $10,000 in student debt for most borrowers, fulfilling a campaign promise and providing relief to millions of borrowers. All US residents earning less than $125,000 are eligible for loan forgiveness.

In her interview, Taylor Greene said the plan was unfair to taxpayers who had never taken out a student loan.

She added that she opposes the student loan program in place in the United States, saying: “There shouldn’t be a system in place that allows and encourages them to rack up massive debt at these big colleges and universities”.

Data from ProPublica, a tracking site that uses data from the Small Business Association, shows Taylor Green was one of several Republican members of Congress whose private loans were forgiven.

The data shows that the total amount forgiven was $183,504, which represented full forgiveness of the original loan of $182,300 plus accrued interest. The majority of the relief issued in April 2020 was used for payroll, the data shows.

The Small Business Association did not immediately respond to Insider’s request for comment on the loan. The request was made outside normal working hours.

Taylor Greene’s website says she and her husband Perry Greene bought her family’s construction company, Taylor Commercial Inc, before she was elected.

Representatives for Taylor Commercial Inc and Marjorie Taylor Greene did not immediately respond to Insider’s after-hours request for comment.

Taylor Greene also slammed the Biden administration as having a purely political agenda for the student loan plan, telling Newsmax TV he was “looking to get some blue votes in November.”

4 Tips for Staying on Budget During Home Renovations