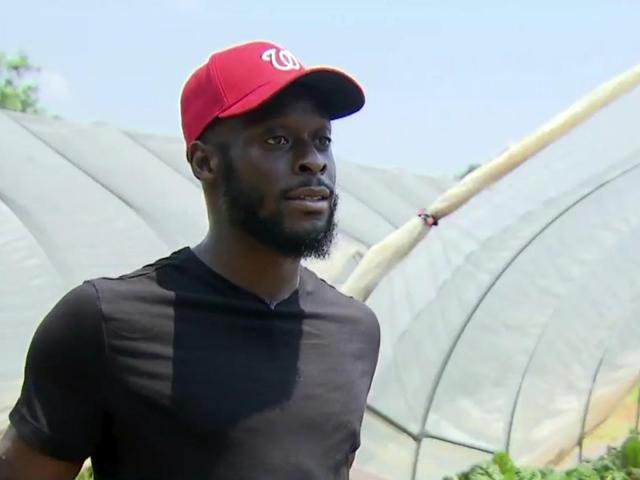 A provision in the American Rescue Plan directs the United States Department of Agriculture to repay agricultural loans to nearly 16,000 minority farmers and to begin tackling issues of racial equity. It authorizes the agency to pay up to 120 percent of outstanding balances on direct and guaranteed loans for socially disadvantaged farmers and ranchers.

“I’m black. It’s that simple,” Bell, 30, said when asked why he was initially refused.

He only got his loan after bringing in a civil rights lawyer to appeal his case.

“I’m pretty sure 40 years ago I wouldn’t have gotten a loan from the USDA,” he said. “I’m going to call it that: it’s structural racism. People don’t like those terms or don’t like to face them.”

Bell, a former Durham School teacher with a master’s degree in agricultural education, started Sankofa Farms – Sankofa is an African word that means to return and reclaim what might have been lost – in 2016 to tackle food insecurity.

“This is such a big problem, we will work on it all my life. It will be the work of my life,” he said.

He grows Russian red cabbage, lettuce, cucumbers, eggplants, tomatoes and collard greens and even has a youth academy to train eight students in agriculture.

Bell said none of this would have been possible years ago, when black farmers were routinely denied loans by both the banks and the government.

“We see the opportunities that other farmers have been denied,” he said.

USDA payments will go to black, Latino and Native American farmers – groups believed to be disproportionately affected by the pandemic.

Now that he doesn’t have to repay his loan, Bell said he plans to invest more money in his farm’s infrastructure.

“It will help us tremendously,” he said.