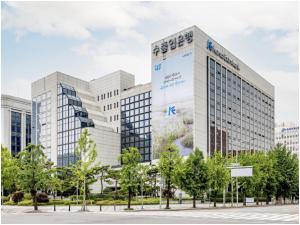 Korea’s Eximbank to lend $100m to lithium company in Chile


The Korea Export-Import Bank (Korea Eximbank) announced on September 7 that it would provide a total of $100 million (about 138.6 billion won) — a $55 million loan and a guarantee $45 million — to Sociedad Química y Minera de Chile SA (SQM), a Chilean mineral producer.

SQM is the world’s second largest producer of lithium and has lithium mines in Chile and Australia. It accounts for approximately 19% of the global lithium market. Lithium is a key mineral for cathode materials in electric vehicle (EV) batteries and is produced in a few countries, including Chile and Argentina.

SQM plans to use Korea Eximbank funds to develop lithium mines in Australia and invest in the renovation and expansion of its production facilities.

Under the loan agreement with Korea Eximban, SQM is obligated to supply approximately $470 million worth of lithium to Korean battery cell and cathode material producers during the 10-year loan period. As a result, Korean companies will be able to obtain lithium worth about five times the funds provided by Korea Eximbank.