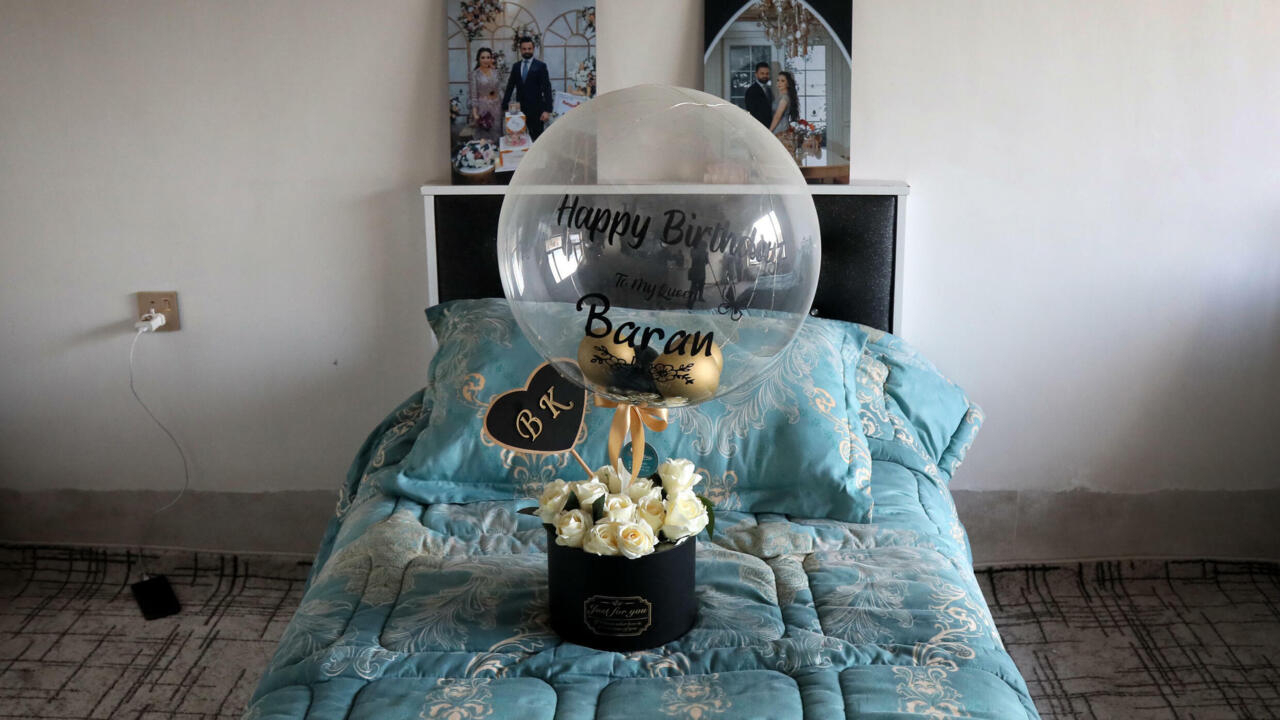 Soran (Iraq) (AFP) – In a simple house in northeast Iraq, Maryam Nuri Hama Amin’s parents mourn the loss of their beloved daughter who drowned while trying to reach her fiancee in Britain.

“She wanted a better life,” said her father Nuri Hama Amin, still in shock, just days after his daughter disappeared in the icy waters of the English Channel between France and England. “But she ended up in the sea.”

Maryam – “Baran” for her family, a name which means “rain” in Kurdish – was one of at least 27 migrants who died Wednesday when their inflatable boat sank off the French port of Calais.

The sinking was the deadliest disaster since at least 2018, when migrants began to use boats en masse to cross the Channel to England.

“We have no information on the smugglers,” said his father, speaking from the family home in Soran, a town in the Iraqi Autonomous Region of Kurdistan, some 3,700 kilometers (2,300 miles) from the place where his daughter died.

“Their promises turned out to be lies.”

Maryam, in her twenties, desperately wanted to join her fiancÃ© Karzan, also from Iraqi Kurdistan, but who had settled in Britain.

Karzan was on the phone with her as she made her way into the dangerous waters from France – and it was she who called the family in Iraq to tell them she was dead, her cousin Kafan Omar said.

Shortly before she left France, her father had talked to her for hours on the phone.

â€œShe was very happy, she was relaxed,â€ he said. “She was in a hotel in France, we spoke until eight in the morning.”

Since the sinking, the bodies of the passengers have been held in a morgue in France. Officially, nothing has been revealed on the identity and nationality of the 17 men, seven women and three minors.

But at Maryam’s home, around 100 loved ones gathered to offer their condolences on her death.

On Saturday, dozens of men, many dressed in traditional Kurdish clothes, were sitting reciting a prayer.

Nearby, in the shelter of a large tent, women in black dresses were seated in mourning. Maryam’s mother was too distressed to speak.

Inside the house, Maryam’s room is tidy, as if she had just left it.

Above the bed, two photos show Maryam and her fiancÃ©e during their engagement. A photo shows the young woman in a traditional costume adorned with embroidery, with a tiara over an elaborate headdress.

A bouquet of white roses rests on her bed.

Her cousin, Kafan Omar, said she had left home almost a month before.

“She got a work visa and went to Italy, then to France,” he said. “We had tried several times to send him to Britain to join his fiancee, but without success.”

Maryam was just one of thousands of young hopefuls from the region who have left home in recent months.

Thousands of migrants – many Kurds from Iraq – have been stranded at the border with Belarus in an attempt to cross into Poland and the European Union. Some returned by repatriation flights, battered by their icy ordeal.

Many of these Iraqis say they spent their savings, sold valuables, and even took out loans to escape economic hardships in Iraq and start a new life.

Kermaj Ezzat, a close relative of the family, said young people from Iraqi Kurdistan were leaving mainly because of “instability” in the region. He denounced the policies blocking their movements.

“These countries have closed their borders to young people who dream of a better future,” he said.

Maryam’s father gave a message to others who wanted to head west.

“I call on young people not to emigrate and to endure the difficulties here, rather than sacrifice their lives to reach Europe”, he pleaded.

Pakistan in debt will receive $ 3 billion from Saudi Arabia; in the central bank deposit for 1 year