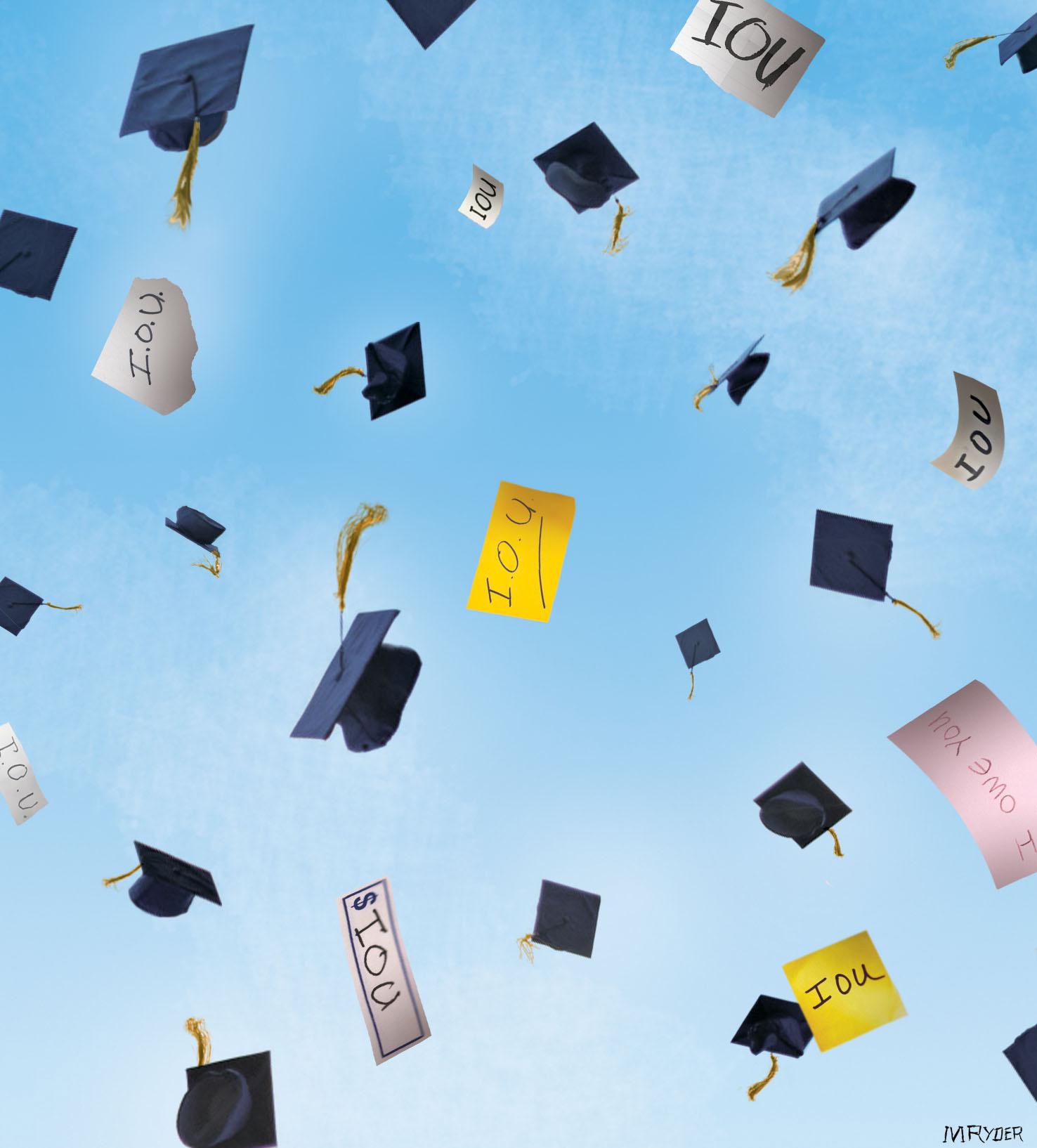 How to Keep College Graduates in Connecticut

As legislators on either end of the age spectrum, we have seen the yin and yang of college debt. The experience of today’s recent graduates, including millennials and members of Gen Z, is radically different from that of their parents’ and grandparents’ generations. Rising education cost inflation is preventing too many recent graduates from gaining an economic foothold. In comparison, previous generations, once they had secured a stable job after graduation, repaid the cost of a college education relatively easily.

This dichotomy means baby boomers could afford to stay in Connecticut, start businesses, buy homes, and put down lasting roots. But their own children and grandchildren cannot. Why?

Contrary to popular belief, this isn’t about avocado toast, fancy cell phones, or choosing to major in French literature. Instead, it’s about math – math that isn’t a viable future for young workers.

Connecticut borrowers had the fifth highest average student loan debt in the nation, with our state borrowers holding $19.7 billion in student debt. The overwhelming majority of women and people of color not only take out student loans at a higher rate, but they typically borrow more, owe more than they borrowed, and are three times more likely to default on their loans. students. Failure to repay student loans has serious consequences, including wage garnishment, withheld tax refunds, acceleration of the outstanding loan balance, damage to the borrower’s credit rating and more. .

Education is one of the measures of the Consumer Price Index, which helps measure the effect of inflation on wage growth. This is where the math becomes a nightmare. In 1977, when baby boomers were in college, the federal minimum wage was $2.30. But the effective purchasing power (according to the CPI) of this salary was $5.90. In contrast, today’s federal wage is $7.25, but due to inflation, this hourly rate has a current effective purchasing power of about $4.50.

Now consider the rate at which the cost of education has skyrocketed. In 1977 you could go to a pretty good private school for about $20,000 for four years. If that cost had only risen in step with other inflationary indicators, a four-year degree today would cost about $92,000. But this is not the case. It costs an average of $309,000.

In the United States, student loan debt has exploded 144% from 2007 to 2020. Rising federal and private borrowing rates can be attributed in part to reduced state support for financial aid programs government, tuition and fee hikes, and poor accountability for weak performing institutions, among other factors.

Simply put: Today’s recent college graduates—who would help make our state younger, more vibrant, and more economically attractive—are drowning in debt through no fault of their own.

That’s why we’ve joined our fellow Democrats, Rep. Eleni Kavros DeGraw (D-17), Rep. Manny Sanchez (D-24), and Rep. Gary Turco (D-27) in proposing Bill 250. of the Senate: An Act Concerning Student Loan Repayment for Connecticut Residents Graduates of a State University. This bill would create a student loan repayment program that would repay up to $5,000 of a participating borrower’s loan each year they participate in the program for up to four years, for a total of $20,000. Payments would be made directly to the Connecticut Higher Education Supplemental Loan Authority for loan cancellation.

Borrowers must meet several eligibility criteria, including residing in Connecticut for five consecutive years, working for at least one year, being currently employed at the time of applying to the program, being under the age of 35, completing 50 volunteer hours per year in a certified 501C. -3 organization and be a graduate of a Connecticut-based public or private college or university or trade/vocational school.

We urge all citizens of our state to read the proposed bill – to bit.ly/collegedebtbill — and ask your lawmakers to support this effort to provide relief to working professionals across our state. The vibrancy, economic stability and resilience of our communities depend on young people.

Christine Palm is the state representative for Chester, Deep River, Essex and Haddam, is the Democratic leader of the internship committee, and formed the Young Earners Prosperity Roundtable. Corey P. Paris is the state representative for Stamford’s 145th District, serves on the Appropriations, Environment, and Education Committees, and is a founding member of the Young Earner Prosperity Task Force of the Democratic Legislative Assembly.