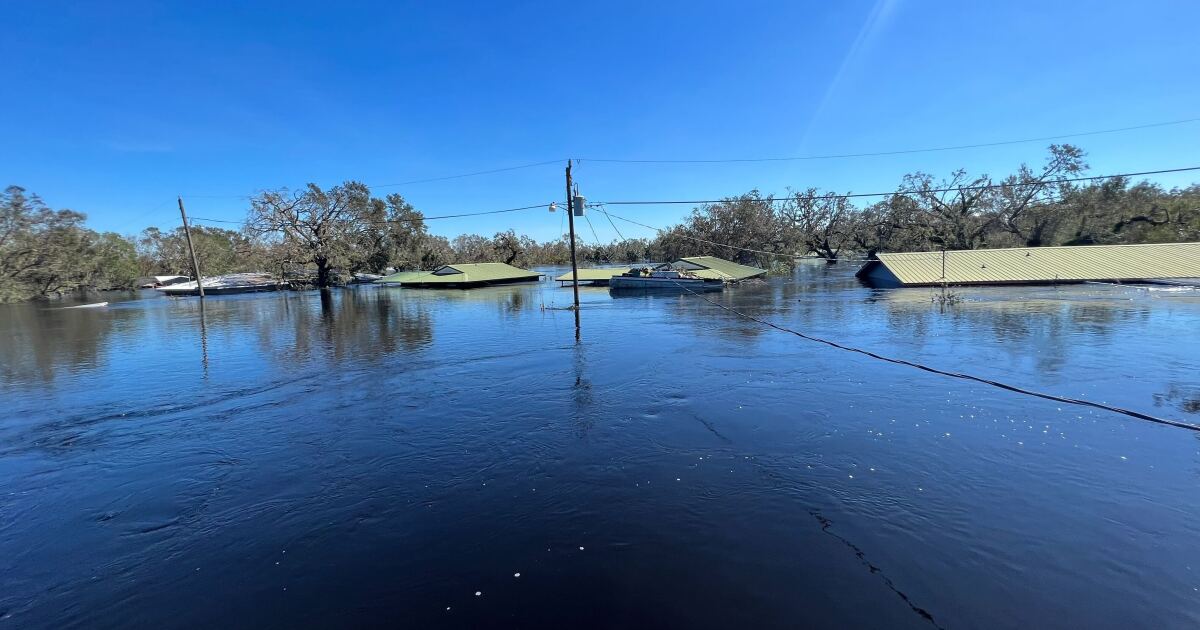 After Hurricane Ian hit Southwest Florida in late September, Zac “Captain” Varner had to wait seven days to see if his company, Peace River Charters, was engulfed by the storm.

Rain and winds from Hurricane Ian caused record flooding along the Peace River that submerged all six buildings at its Arcadia-based headquarters.

“Total devastation,” he said. “Naturally, because there are so many components to my business, it took a lot of thought and planning to figure out where to start.”

Stationed at two sites along the Peace River in DeSoto County, its crew specializes in various river and land excursions by airboat, horseback and “swamp buggy,” a truck-like swamp-crossing vehicle freak. The ten-year-old business also offers cabin rentals, a bait and tackle shop, and an alligator exhibit.

“We’re kind of a one-stop outdoor destination store for Southwest Florida,” he said.

Varner said November usually marks the start of their busy season which lasts until April. Typically, this contributes to lower unemployment in southwest Florida counties.

But in a labor update on Friday, the head of labor statistics and economic research for the Economic Opportunity Department said he “expects these numbers go the other way.”

“This is the first month that data will show impacts from Hurricane Ian,” Jimmy Heckman said.

Statewide data shows unemployment rose to 2.7% in October from 2.5% in September.

Meanwhile, the labor force as a whole continues to grow, with Heckman saying record migration to the state of Florida is a likely contributor to the steady increase in the labor force in recent months.

Varner said he typically employs about 20 full-time people. With facilities damaged and river tours halted until further notice, his entire team has moved to part-time work, and he’s had to get creative to keep them on the payroll.

“So in the month of October a lot of our work took place outside of the river tours,” he said.

“We don’t have the facilities right now. We don’t have our bait and tackle store. We haven’t opened our alligator shows yet. You have to manage hours – and naturally – trying to give people as much work as we can.”

Varner negotiated with DeSoto County and other partners to contract odd jobs for his crew, such as clearing debris and maintaining solar array fields.

He said the Florida Small Business Emergency Bridge Loan Program, activated by Governor Ron DeSantis to help small businesses recover, kept his business afloat through October. It also relies on a physical disaster loan, distributed by the US Small Business Administration (SBA), to get through.

Varner said the prospect of rebuilding after a hurricane is made darker by volatility in material and labor costs since the COVID-19 pandemic.

“It’s definitely a big concern,” he said. “It’s hard to really put a number on what those costs are going to be because everything fluctuates constantly.”

According to SBA data, more than $900 million in physical disaster and economic injury loans have been approved for small business owners recovering from Ian across the state. Business owners in the Greater Tampa Bay Area counties account for more than $119 million in loans, with 114 recipients in DeSoto County at just over $6 million in special disaster loans.

“I feel like we’re resilient as a business, and we’ve had to weather some natural disasters and pandemics before,” Varner said. “It’s definitely a challenge for our people – you go from being a well-oiled machine to managing controlled chaos.”

Gabriella Paul covers the stories of people living paycheck to paycheck in the greater Tampa Bay area for WUSF. She is also a member of the Report for America body. Here’s how you can share your story with her.