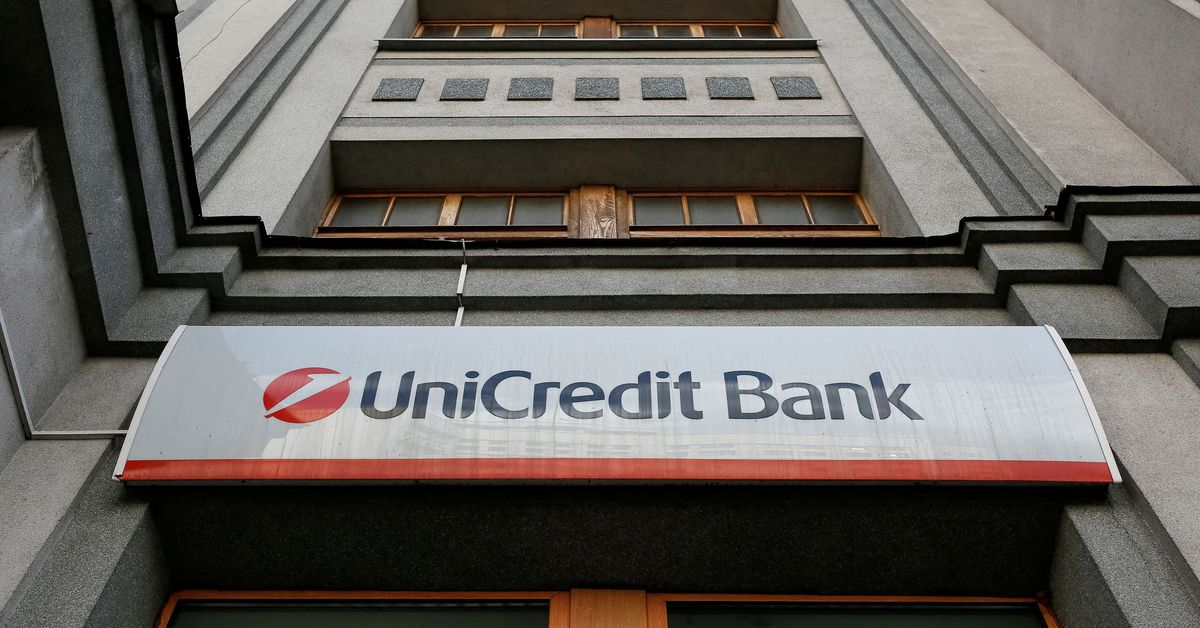 The logo of UniCredit Bank in front of the company’s branch in Kiev, Ukraine, March 30, 2016. REUTERS/Gleb Garanich

MILAN, Feb 9 (Reuters) – Italian bank UniCredit (CRDI.MI) plans to sell around 2 billion euros ($2.29 billion) worth of bad loans to bad debt specialist Prelios after halting a process of hiring a debt collection company for the portfolio, three sources familiar with the matter said on Wednesday.

The deal will bolster assets managed by Prelios just as the group assesses a possible IPO or merger to allow its owner – US investment fund Davidson Kempner Capital Management – to cash in, bankers said.

New York-based DK took Prelios private in 2018 after launching a takeover bid on the Milan-based group, which is one of Italy’s leading bad debt managers.

Some 250 billion euros in bad loans offloaded by the country’s lenders in recent years has made Italy Europe’s biggest market for distressed bank debt.

A sale would reduce UniCredit’s impaired loans by nearly 3.1% of total loans, according to Reuters calculations, down from 3.6% at the end of December when they stood at 16 billion euros. This compares to 61 billion euros in mid-2016, when UniCredit embarked on a restructuring.

The portfolio includes “unlikely to pay” (UTP) loans, which are not yet in default but are unlikely to be repaid in full, with an average size of less than 5 million euros each, the three sources said.

In December, Reuters reported that UniCredit had sent out teasers to select a debt collection company for a UTP portfolio worth around €1 billion. Read more

The sources said the selection process, known as Project Tiger, was halted and the sale of the larger wallet to Prelios was accepted.

With around 30 billion euros of impaired loans under management, Prelios specializes in UTP loans. In 2019, the company entered into a landmark UTP partnership with rival banking heavyweight Intesa Sanpaolo (ISP.MI).

Intesa said last week that it could strengthen this partnership as it works to reduce its problem loans under a new strategy until 2025.

How to help ease the burden on students