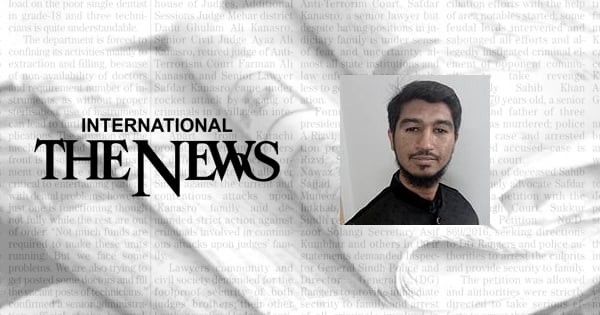 Destiny and the fisherman

“We earn whatever is in our destiny” – a phrase I heard from many anglers I met in Karachi. They were referring to the fact that the sea is out of control and the catch at sea is unpredictable.

Despite the unpredictability, with the exception of the year that shut down all economic activity, including fishing, induced by Covid, Pakistan’s economic surveys show continued growth in metric tonnes of fish caught as well as revenue generated by the fishing industry each year. The logic of fate is deeply embedded in creating and sustaining a narrative that enables predictable growth of the fishing industry from an unpredictable sea.

The idea of ​​destiny is quite commonly used in our cultural narratives. At the heart of this is the notion that the results of our actions are beyond our control. The external locus of control takes human responsibility out of the equation. Once accountability is out of the equation, the dominated class has no reason to ask questions and the ruling class has no reason to answer.

In theory, the lack of control of fishermen only applies to the sea, but in practice it propagates through the organizational structure in such a way that the fisherman is completely alienated from the means, forms and results of the processes. of production. When the fisherman leaves his family behind and risks his life against the unpredictable sea weather to earn a living but fails to bring in enough fish to make a profit, he returns home with borrowed money to feed his family. This affects his future income not only because he has to repay the borrowed money, but also because the boat owner deducts the losses from the fisherman’s future income.

Conversely, when the boat is consistently making decent profits to the point that the boat owner finds himself investing in a second or third boat within just a few years, it’s business as usual for the fisherman – he only receives no share in the ownership of the boat. The lending trap inevitably strengthens and deepens for the fisherman, leading to the expansion of alienation to his work, and invariably to himself as well.

The credit structure has played a crucial role in contributing to the growth of the sector. Historically, the smaller boats were owned by nuclear or joint families, who did not have to travel deep into the sea to catch the fish, but were able to support themselves. However, capitalist economic structures initially made it impossible to catch fish closer to land due to the ever-increasing dumping of industrial pollutants into the sea. Going deep into the sea presented risks that smaller boats and weaker ones couldn’t handle it, and as a result, more and more anglers needed big, strong boats to survive sea storms and spend several weeks at sea catching fish weighing hundreds of tons in a single trip.

However, individual fishers never had the ability to build or buy such large boats, leading to the rise of corporations that lent money and in return bought the fish cheaply and the resold at competitive prices on the local or international market while remaining almost invisible on the market. the daily discourse on the fishing sector.

The dynamics of the free market have added fuel to the fire. Unlike wheat, whose prices were regulated by the state to ensure food security, the price of fish was left entirely to the market. Thus, during high seasons when catches of certain seafood products increased significantly, market prices dropped significantly due to the surplus. Therefore, the hard and potentially deadly work that fishermen had to do to catch more fish did not benefit them even though it contributed to the annual growth of the sector.

Today, corporations have been accepted as common sense for the survival of the fishing sector, resulting in a structural inertia in the sector that benefits the few while the majority continue to be exploited until may she breathe her last and pass on the suffering to future generations. This is how fate tests the majority of fishers while favoring a small minority of dominant players in the fishing industry.

In a nutshell, fishers are trapped in the economic structure of exploitation where the mostly invisible societies, or their owners precisely, reap the greatest benefits while the people who risk their lives to catch fish remain at the bottom of the economic, social and social scale. cultural hierarchies. From the case of the fishing folk community, it is strongly evident that the sociopolitical manifestation of fate, a notion that may have roots in religion, is deeply rooted in class dynamics. Questioning the discourse of destiny could be essential to expose the socio-political structures it embodies and makes accepted, and therefore, could help turn a new page of history.

The writer is a researcher. He can be reached at:

How do you identify your loans?