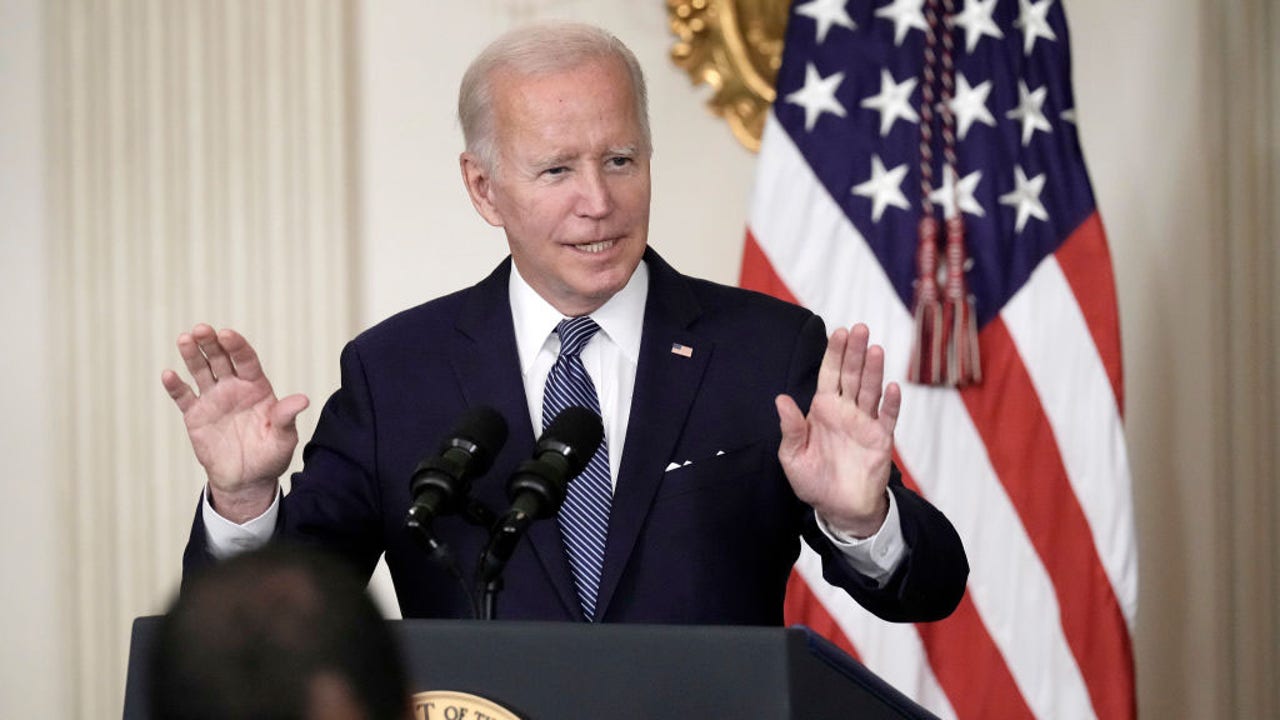 Biden expected to announce up to $10,000 in debt forgiveness

President Joe Biden is expected to announce a long-awaited loan forgiveness program on Wednesday, sources familiar with the plan told The Associated Press.

WASHINGTON – With the student loan repayment freeze set to expire soon and pressure from Democrats to provide broader relief, President Joe Biden is prepared to fulfill its campaign promise to provide up to $10,000 in debt forgiveness.

Details of the plan have been closely watched by the White House, but borrowers earning less than $125,000 a year would be eligible for loan forgiveness, according to The Associated Press, citing three people familiar with the decision.

Biden is also expected to extend a pause on federal student loan payments through January, the AP reported.

More than 43 million Americans owe a combined $1.6 trillion in student debt held by the federal government, according to data from the Department of Education. This includes more than 7 million borrowers who have defaulted on their student loans, which means they are at least 270 days late.

With inflation at its highest level in four decades, a shrinking US economy and rising interest rates, paying off student loans could become even more difficult for borrowers. Biden’s student loan forgiveness plan is likely to face legal challenges, and if it survives, the plan could offer welcome relief to part of the nation ahead of the midterm elections in this autumn.

FILE – President Joe Biden delivers remarks prior to signing the Cut Inflation Act in the State Dining Room of the White House on August 16, 2022 in Washington, DC (Photo by Drew Angerer/Getty Images)

Payments for federally-backed student loans have been suspended since the Covid-19 pandemic started in March 2020.

The Trump Administration initially gave Americans the option to suspend loan payments, and Congress made it automatic soon after. The hiatus has been extended twice by the Trump administration and twice more under Biden. Interest rates have also remained at 0% since the moratorium was put in place.

The current pause was set to end Aug. 31, and with Biden’s planned actions on Wednesday, it’s the closest the administration has come to the end of the payment freeze extension.

Will Biden Forgive $10,000 Per Borrower of Student Loan Debt?

Wednesday’s announcement was set for the White House after Biden returned from vacation in Rehoboth Beach, Delaware.

During the 2020 presidential campaign, Biden was initially skeptical of student loan debt forgiveness as he battled more progressive candidates for the Democratic nomination. The senses. Elizabeth Warren, D-Mass., and Bernie Sanders, I-Vt., had offered cancellations of $50,000 or more.

As he tried to build support among young voters and prepare for an election battle against President Donald Trump, Biden unveiled his initial debt forgiveness proposal of $10,000 per borrower, with no mention of a cap of income.

Biden has cut back on his campaign promise in recent months by passing the income limit as soaring inflation has had a political impact and as he aimed to ward off political attacks that the cancellation would benefit those who had a higher net salary. In April, Biden said he would take a close look at the cancellation of some federal student loan debt following private meetings with Democratic lawmakers who pressed him on the issue.

Last-minute frantic lobbying continued Tuesday even as Biden remained on summer vacation. Senate Majority Leader Chuck Schumer, D.N.Y., one of the most vocal advocates in recent years for student loan debt forgiveness, spoke privately by phone with Biden, imploring the president to write off as much debt as the administration can, according to a Democrat. with knowledge of the call.

In his speech, Schumer argued to Biden that this was the right thing morally and economically, said the Democrat, who requested anonymity to describe a private conversation.

Within the administration, officials have been discussing since at least the start of the summer the cancellation of more than $10,000 in student debt for certain categories of borrowers, such as Pell Grant recipients, according to three people aware of the deliberations. That remained one of the last variables Biden considered ahead of Wednesday’s announcement.

Democrats are betting Biden, who has seen his public approval rating plummet over the past year, can help motivate young voters to the polls in November with the announcement.

Although Biden’s plan is narrower than what he originally proposed during the campaign, “he’ll get a lot of credit for following through on something he committed to,” said Celinda Lake, a Democratic pollster. who worked with Biden in the 2020 election.

She described student debt as a “front door issue” for young voters, meaning it affects their views and decisions on housing affordability and career choices. A survey of 18- to 29-year-olds conducted by the Harvard Institute of Politics in March found that 59% of respondents supported debt cancellation in one way or another – whether for all borrowers or those most in need – although student loans do not rank high among the issues that most concern people in this age group.

Last month, top U.S. Education Department officials hatched a plan for a massive debt cancellation program, should the department get the go-ahead from Biden, according to at Politico.

Under the plan, debt relief would be granted automatically and within months to millions of borrowers for whom the agency already has income information. Other borrowers would apply through a form on StudentAid.govPolitico reported, citing internal agency documents obtained by the outlet.

Republicans, meanwhile, see only political upside if Biden pursues large-scale student debt cancellation before the November midterms, anticipating backlash from Democrats — especially in states where there is a large number of working-class voters without a college degree. Critics of a broad student debt forgiveness also believe it will open the White House to lawsuits, on the grounds that Congress never gave the president explicit authority to forgive the debt himself.

The Republican National Committee on Tuesday called Biden’s expected announcement a “handout to the rich,” saying it would unfairly burden low-income taxpayers and those who have already paid off student loans by covering higher education costs for the rich.

“My neighbor, a detective, has worked 3 jobs (including selling carpets) and his wife has worked to ensure their daughter gets a quality college degree without student debt,” said Rep. Kevin Brady, R -Texas, the best Republican in the House. Ways and Means Committee, tweeted on Tuesday. “Big sacrifice. Now their tax dollars have to pay someone else’s student debt?”

Earlier this year, many working in public service got welcome relief from temporary changes to the struggling United States. Public Service Loan Cancellation Program (PSLF). These changes have helped more than 113,000 people get student debt relief, totaling about $6.8 billion in forgiveness, the government said in May.

In April, the US Department of Education also made changes to its income-tested reimbursement programwhich was expected to result in immediate debt cancellation for at least 40,000 borrowers and help millions more reduce their debt.

Who is eligible for student loan forgiveness under the new changes?

Michael Kitchen, editor of the Student Loan Hero blog at Lending Tree, discusses changes to student loan forgiveness announced by the Department of Education on April 19, 2022.

A large majority (92.7%) of all student loans are guaranteed by the federal government, he adds.

This story was reported from Cincinnati. The Associated Press contributed.

3 more costs for your very first home in Singapore