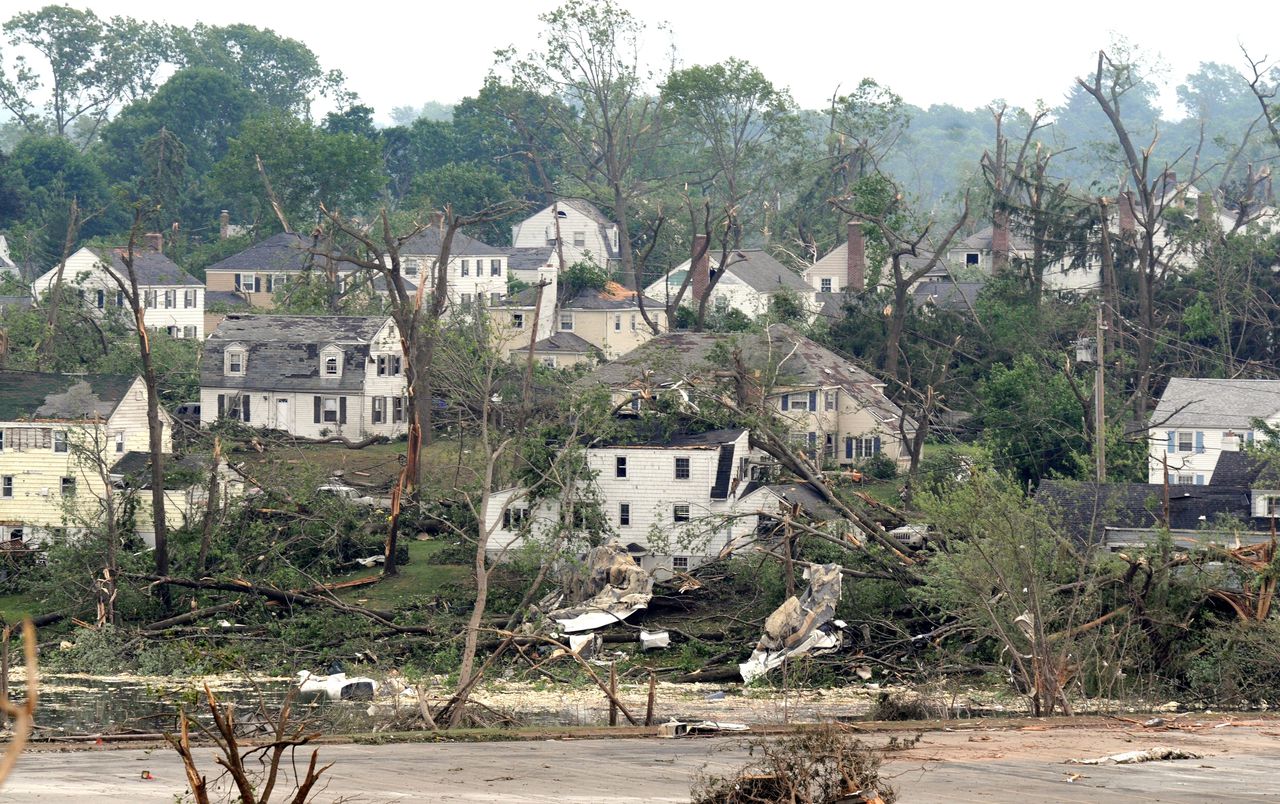 
On June 3, 2011, I got off a plane at Bradley International Airport after a flight from Washington, DC. In any given week, this would not have been noticeable. But this time, things were anything but normal. This Friday morning, I left Washington early to be in my hometown of Springfield, where I once served as mayor, where I raised my children and where I still reside today to study the damage of an unthinkable tornado EF-3 which landed two days earlier.

Driving up Interstate 91 north from Windsor Locks, I began to see damage from the most powerful tornado to hit Massachusetts in 50 years. Trees cut in half, debris piled up at street corners and downed power lines forcing roads to be closed. I couldn’t believe my eyes.

I immediately went to the East Forest Park area which was hit the hardest. The roofs were gone, the windows were blown out, and I had trouble finding my way around the neighborhood. I saw Cathedral High School where I was a history teacher and where I sent my four completely decimated children. The room where I had once taught was unrecognizable. It was devastating.

This pocket of the city was and still is the home of proud single-family owners and tight-knit communities. I then vowed to do whatever I could to help them rebuild.

In the days that followed, I visited the Pioneer Valley chapter of the American Red Cross on Cottage Street and the shelter that was set up in the MassMutual Center. I have heard friends, business owners, families and strangers say they need help. I immediately requested that officials from FEMA and the US Department of Housing and Urban Development join me in Springfield to visit the damage and plan for their recovery. They were there within days and together we walked through the severe damage in southern Springfield. Agencies set up nine disaster relief centers in affected areas, and victims could apply for cash grants, small business loans and unemployment benefits.

For the next two and a half years, I spent my time in Washington advocating for recovery funds that our community and its residents desperately needed. In the end, Springfield received $ 90 million in federal aid, and the total that the district as a whole received exceeded $ 118 million.

This funding helped rebuild parks, streets and intersections. There is now a new South End Community Center, the Clifford Phaneuf Environmental Center in Forest Park and the Paul J. Fenton Public Safety Annex, among others.

I am proud of the work that has been done to secure funding with the Roman Catholic Diocese of Springfield to rebuild the Parish High School on Surrey Road. The hybrid of Cathedral and Holyoke Catholic became the preparatory school for Pope Francis and opened in fall 2018 after a $ 54.5 million renovation, of which the federal government provided $ 39 million.

I said from the start that rebuilding this school would serve as an anchor for the community, a magnet for students across the region and an economic engine. It really proved that the saying “if you build it, they will come” is correct.

I especially want to thank Mayor Domenic J. Sarno for his unwavering leadership and the great community of Springfield for their resilience. In the face of so much uncertainty, the citizens of this great city have shown that we are all stronger than the forces of nature that fall upon us. Neighborhoods have been rebuilt, businesses have come back to life and morale is back to good shape. Through it all, our pride in our city has never wavered.

As we look back on the decade we have endured since that violent weather event, I am very grateful to the citizens of Springfield for continuing to trust me and my leadership at the federal level. I am proud and very honored to represent you every day in Washington.

Richard E. Neal, D-Springfield, is the Congressman for the 1st Congressional District of Massachusetts and chairs the House Ways and Means Committee. You can find out more about the congressman and his work online at neal.house.gov. Its district office in Springfield is located at 300 State St., Suite 200, 413-785-0325.

OPINION: We Should Learn About Student Debt, Don’t Ignore It | Notice

Nigeria’s real estate market is booming despite the economic downturn