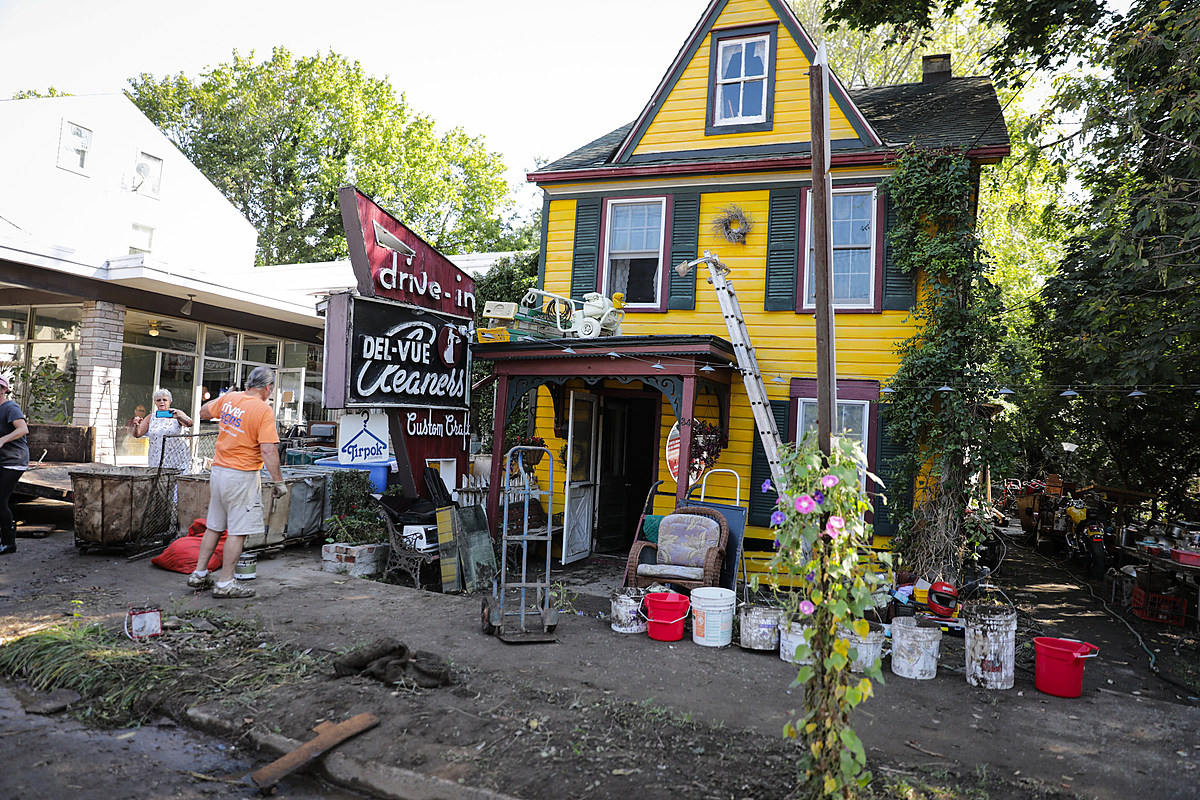 A year after Ida, additional recovery funds are slow to flow in New Jersey

HILLSBOROUGH — A year after the remnants of Hurricane Ida inundated parts of New Jersey and triggered the state’s strongest tornado in 31 years, Governor Phil Murphy celebrated the anniversary during a visit to the County of Somerset with the promise of additional recovery funds to come.

Thirty people have died from Ida in New Jersey, many of them on flooded roads or in flooded apartments.

So far, more than $650 million in federal and state funds have been spent on Ida’s recovery and response. The federal government gave the go-ahead in May to $228 million in block recovery grants, and the state’s plan for that funding must be finalized and submitted for federal approval by the end of September.

Gov. Phil Murphy has acknowledged the slow process of getting the block grant programs in place, now a year after what he called one of the most significant natural disasters in state history.

“There’s still a lot of people who aren’t up yet,” Murphy said. “We know some of these programs, but how they work can be a pain to follow. They take time. But I will say this: we will stay with you until you are up.

It is proposed that the expenses of the recovery plan Ida include:

Murphy and U.S. Representative Tom Malinowski, D-Ringoes, have linked the damage from Ida — and Floyd, Irene and Sandy before it, as major tropical storm impacts since 1999 — as proof the state needs to get stronger and mitigate climate impacts currency.

“There is no debate in New Jersey that climate change is real,” he said. “To us, climate change is 5 feet of water in your basement. It’s the Hillsborough Fire and Police Department becoming a navy and rescuing people in boats from their homes, far away from all sides.

Despite forecasts of above-average hurricane activity this year in the Atlantic Ocean, September started with no hurricanes yet recorded. A storm reached tropical storm status on Thursday, named Danielle, and could become a hurricane despite already being in the North Atlantic, far from land.

“We’ve been lucky so far, but we’re just in prime time, September, October for the East Coast to be vulnerable,” Warrington said. “With that, as we learned last year, even minor storms, storms that we don’t necessarily think will have an impact, have proven to be extremely devastating to infrastructure, communities and individuals. “

Damage from Hurricane Ida in New Orleans and the Gulf Coast

Hurricane Ida made landfall in Louisiana as a Category 4 hurricane on the 16th anniversary of Hurricane Katrina. Relief efforts are now underway for the entire region.